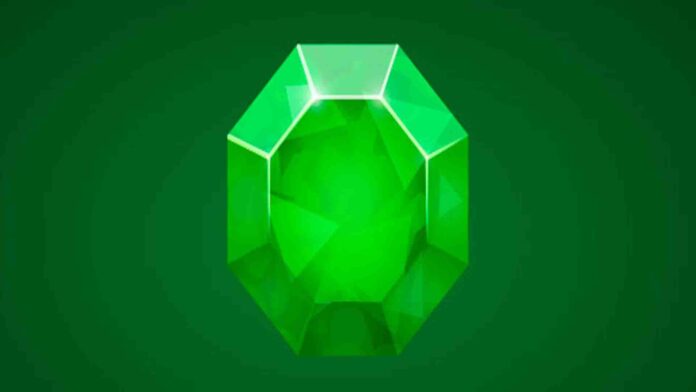 Adaptation of a folk tale of unknown origin

Once upon a time there was a boy who every day, on returning from school, played in the forest near his house. There he entertained himself observing insects with a small magnifying glass, climbing trees in search of leaves with strange shapes or choosing beautiful flowers to take to his mother.


One autumn day, under a leafy tree that cast a very long shadow, he discovered a row of mushrooms and immediately noticed that something was moving on them. When he got closer he saw that on each one there was a gnome. Yes, one of those gnomes that is talked about so much in stories and that sometimes we think does not exist!

He rubbed his eyes to make sure he wasn’t dreaming. No, he was wide awake and the gnomes were still there, looking at him with curious eyes and a mischievous smile.

Since they seemed friendly, he began to chat with them and they became very good friends. Since then, every afternoon the little boy returned home as soon as possible, grabbed his snack, and ran to the tree under which those funny little ones lived who told him exciting stories of the forest. He never told anyone his secret!

The months passed and the harsh winter arrived. The snow covered everything and the boy had to stop seeing his beloved gnomes because his parents wouldn’t let him go outside to play. It was too cold and he could catch a cold!

– “What a shame not to be able to visit my little friends until spring returns! I hope they don’t lack food and they can take shelter somewhere warm until the good weather arrives…”

One of those cold and windy days his father asked him to go with him to look for firewood.

– Son, put on your coat, your leather boots and your scarf, we’re going to look for some wood. Wrap up well!


They took the forest path and casually stopped by the gnome tree.

– This tree is perfect for felling!

The boy, horrified, joined the palms of his hands and begged him not to do it.

– No, dad, no! It’s my favorite tree and some friends of mine live here.

The father laughed thinking that his son had too much imagination.

– Hahaha! Do some of your friends live with this tree?… Well, well, that’s fine, but on one condition: from now on you’ll be the one in charge of collecting a little firewood for the fireplace every day, okay?


The boy breathed a sigh of relief and of course kept his promise. Without showing any laziness, every afternoon after doing homework he spent some time collecting logs and branches around the house that his mother then threw on the fire.

One day, finally, the sun’s rays began to warm the earth strongly. The snow melted away and the happy trills of the birds were heard again among the trees. Spring had arrived and with it the moment that our protagonist had been waiting for with so much longing! As soon as classes were over, he ran through the forest at full speed to meet up with his friends, the gnomes. There they were all together and smiling waiting for his return.

The oldest one approached him with a little jump and said:

– Welcome, friend. The winter has been very long and we really wanted to see you!

– Me too you! I can’t wait for you to tell me new stories!

– We have learned that a friend of ours has worked all winter collecting firewood so that his father would not cut down the tree where we live.

– Hahaha! Yes, we know. It is the most beautiful thing that nobody has ever done for us and we want to thank you. You are a wonderful boy and a true friend!

The tiny being put his right hand in the back pocket of his red pants.

– Take this emerald. Although it looks like a stone like any other, it is a magical stone. If you hang it around your neck and always carry it with you, it will bring you luck and fortune. You will have money, health and love forever.

The boy smiled and obediently put on the emerald tied to a rope as if it were a necklace.

– Thank you, friends, thank you very much. I will never take it off!

– You deserve it for being so good and generous.

The gnomes were right! Life smiled on the woodcutter’s son and over the years he became a handsome young man, healthy and lucky in love. The stone was a true talisman! But the most beautiful of all was that he continued to visit his best friends without anyone knowing. It was still his most precious secret!

The summer that turned twenty, the region suffered a severe drought. The peasants were desperate because the land was cracking, the grain did not grow and the animals were dying of thirst. The situation was terrible and everyone was doing badly except him, always protected by the magical emerald.

Despite his good luck, he felt terrible for his neighbors.

– “The situation that all these people are experiencing is very sad. I have to do something, but… how can I help?”

Suddenly, an idea occurred to him.

– I already have it… I can sell the magic emerald! The luck will pass to another person, but at least they will give me good money to buy groceries and help those most in need.

So he thought and so he did. The next day he went to the nearest town and found a very rich man who paid him a hundred gold coins, a real fortune, for the lucky emerald.

With the money in hand, he immediately went to a store, bought sacks of food, put them in a wagon, and returned to town. At night, incognito, he left a sack at the door of each family. When the neighbors got up at dawn they got an incredible surprise. Someone had given them food for a month! They all wondered who would have been the person who had saved their lives, but they could not find an answer.

That same afternoon the boy went to the forest to meet his friends. For the first time in many years he was sad because he felt that he owed them an explanation: he had promised never to take the emerald from his neck and instead… he had sold it!

– Friends, I have to tell you something that you are not going to like: I have sold the emerald that you gave me when I was a child.

The old gnome made a disgusted face.

– What? How could you? You promised us to always take her with you!

– I know I promised and that thanks to her I have had a fantastic life, but I couldn’t bear to see how my neighbors had a hard time. The drought has devastated the fields this summer and the families were desperate. I wanted to help and decided to sell the emerald to buy food. I’m sorry to disappoint you and I broke my word!

The boy shed a tear expecting a good reprimand from his friends but of course the gnomes weren’t mad! Quite the opposite: they understood everything and felt very proud of the immense generosity that their human friend kept in his heart.

The oldest spoke again on behalf of all.

– You have become a great man and we are happy to be your friends. You have thought of others before yourself and that honors you.

Just like that distant spring day, he put his right hand in the back pocket of his red pants.

– Here, this scarf is for you. It has no value and it has no powers either, but we want you to wear it in the same place where you wore the emerald, tied around your neck. Every time you look at it, it will remind you how important it is to continue to be kind and generous for the rest of your life.

The young man put on his scarf, smiled, and hugged his wonderful and inseparable secret friends one by one.