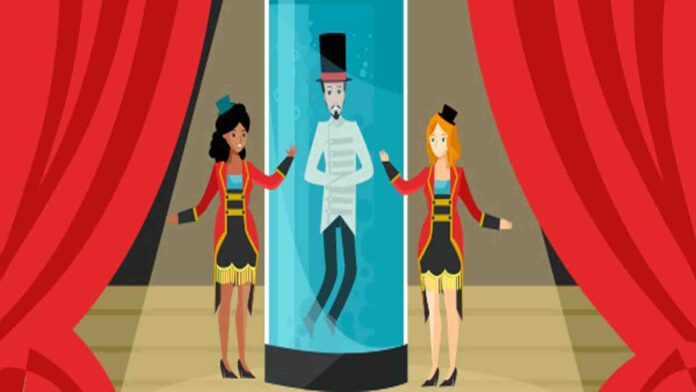 The great houdini Reading for Grade 5th and Grade 6th

Houdini is considered the most famous and important magician of all time.

He was born in Hungary in 1874 and his real name was Erik Weisz. At the age of four, together with his family, he left the country and emigrated to the United States in search of a better life.


One day, already in America, little Erik attended a magic show with his father. What he saw had a great impact on him and he began to become interested in the exciting world of illusionism. Over time, he decided to be a magician and chose the stage name by which we all know him: Harry Houdini.

The great Houdini is still remembered and admired for the amazing feats he performed. His great specialty was escapism, that is, the magic numbers in which he had to escape or save himself from a situation that seemed impossible. Sometimes he asked that his hands be tied with ropes or handcuffs; others, that they put him in a straitjacket that left him completely immobilized. The fact is that to the astonishment of the public, he was released without anyone’s help in a matter of seconds.

But it did not end there! Houdini was also an expert at sneaking out of the most unlikely places, such as padlocked trunks or safes that were thrown into the sea.

Of the large number of fantastic numbers of this type that he starred in, the most famous was one called ‘Metamorphosis’. The challenge consisted of an assistant handcuffing him and putting him in a sack from which he could not get out. Next, the sack with the magician inside was placed in a trunk that was locked. Then, under the attentive gaze of those present, some curtains were drawn. After a few seconds of exciting waiting, they opened and the audience watched in astonishment as Houdini walked so coolly out of the trunk. The most incredible thing was that the trunk in question was still tightly closed, that is, it was assumed that no one had touched it. When they finally lifted the lid, the one who appeared handcuffed and inside the sack was the assistant


As if by magic they had been exchanged! The room erupted in applause, completely amazed.
Obviously, behind these inexplicable feats there were very good tricks that no one managed to gut because Houdini spent years preparing each number until it came out perfectly.

Thanks to his desire to excel, the challenges he faced were increasingly difficult and prodigious. This, together with the fact that he always managed to get out in the press and give himself a lot of publicity, made him a well-known character in his time throughout the world.

Besides magic, Harry Houdini’s other great passion was aviation. He was also a pioneer in this discipline, since in 1910 he became the first human being to fly over Australia.