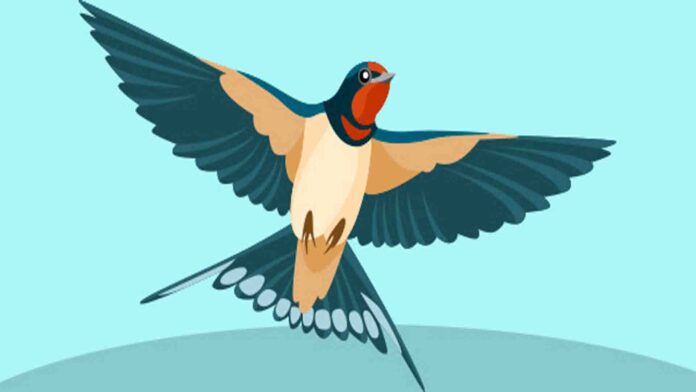 Fragment of the work of Oscar Wilde

In the highest part of the city, on a small column, stood the statue of the Happy Prince. It was all covered with fine gold honeysuckle. He had, by way of eyes, two sparkling sapphires and a great red ruby ​​burned on the hilt of his sword. One night a little swallow flew restlessly towards the city. Then he spotted the statue on the little column.

-I’m going to take shelter there -he shouted- The place is beautiful. There is a lot of fresh air.


And he dropped right between the feet of the Happy Prince.
But as he went to put his head under his wing, behold, a heavy drop of water fell on him. And then another.

-What good is a statue if it doesn’t protect from the rain? said the Swallow. I’m going to find a good chimney pot.

And it decided to fly even further away. But before he opened his wings, a third drop fell. The Swallow looked up and saw… Ah, what he saw! The Happy Prince’s eyes were full of tears, which ran down his golden cheeks.
His face was so beautiful in the moonlight that the Little Swallow felt pity.

-Who are you? -He said.
I am the Happy Prince.
“Then why do you whimper like that?” asked the Swallow. You have almost drenched me.
“When I was alive and had a human heart,” repeated the statue, “I did not know what tears were because I lived in the Palace of Carelessness, where pain is not allowed to enter.
During the day I played with my companions in the garden and at night I danced in the great hall. Around the garden there was a very high wall, but I never worried about what was behind it, because everything around me was so beautiful. My courtiers called me the Happy Prince, and really I was happy, if pleasure is happiness. That’s how I lived and that’s how I died, and now that I’m dead they’ve elevated me so much that I can see all the ugliness and all the miseries of my city, and although my heart is made of lead, I have no choice but to cry.