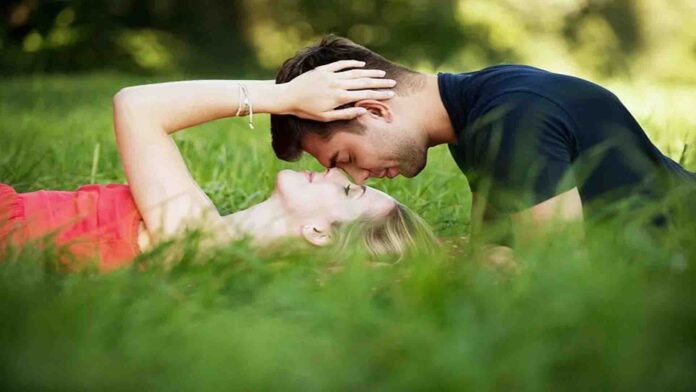 That day the sun must have sensed that something wonderful was going to happen and that is why it radiated its light with more impetus and vigor than usual. Sitting on one of the many symmetrical benches anchored strongly to the floor, distributed throughout the room, staring at the floor, nervously walking through the small twisting cracks in the candid tiles and absent from everything around him, he waited anxiously in front of the great window to be able to see that first flash that as it approached, defying gravity and cutting through the clouds in its path, it would become the Atlantic Airlines plane, in which she would return.


An information screen announced the forty-five minute delay that the flight accumulated due to a problem that no one from the airline company wanted to explain to him. The tension and nervousness became unbearable and he decided to get up and take a walk through the infinite corridors of the terminal.

Absorbed with concern, he stumbled over the tote bag that a tourist with African features had left on the ground to ask a uniformed clerk for the location of his boarding gate. She raised her hand slightly apologetically and, looking at him, she couldn’t help but think how far South Africa was.

A year and four months apart in the distance (not in their hearts) had not been enough for him to have forgotten her incandescent gaze, the soft touch of her hair, the taste of her neck scented with roses and orange blossoms. During this time he spent his days busy with hundreds of projects, reports and meetings, trying not to be idle for a minute so as not to suffer from loneliness.

The nights, on the other hand, left him defenseless at the mercy of the phantom caresses, the blurred memories, the silenced conversations, the rude doubts , their absent kisses.


He ruminated inside him the words of the last letter she sent him months ago. He had reread it so many times that it seemed as if from those lines written with irregular strokes he could still absorb the aroma, the gestures, the smile and the soul of that ambitious blonde, who decided to cross half the world in search of an unrepeatable opportunity that would swell his rich resume.

It was a week ago, when, after much insistence, he managed to elicit a friend of hers, when his pilgrim Juliet was going to return . He wondered why she hadn’t told him herself in a letter, maybe she sent it, but the mail… you know. But he hadn’t heard from her for several months now. And if something had happened to him … I would have missed him … he would be everything like before … well, South Africa is so far away …

The delay was already an hour and the bustle of passengers increased by the minute. Seeing so much stress, so much rush, overwhelmed him; the noise of the wheels of all those suitcases penetrated his ear, causing a heaviness and a headache. The heat didn’t help either and the nerves became unbearable.

He decided to stop by the bar for a drink. He ordered a double whiskey and Coke and unbuttoned a button on his shirt to let the slight breeze from the air conditioning flow through and dry his chest. He took a deep breath and stretched his legs, relaxing his entire body, closed his eyes.

Much calmer, he opened them again and looked at his watch, it should only be fifteen minutes. He got up and went back to the waiting area. But on the way he stopped to look at the arrivals panel: for an unsuspected reason, the plane had landed twenty minutes ago. Confused, he quickened his pace and headed for the departures door. He went down a couple of eternal corridors, dodging several suitcase carts, and when he turned the last corner, he came to a sudden stop.


The initial smile that spread across his face slowly turned into a puzzled grin, keeping his mouth ajar. There she was, radiant as always, holding her red suitcase with one hand and with the other grabbing the arm of a tall blond with pretty eyes and better hair, who was tilting his head, leaning it on hers.

All six eyes interlocked looks of confusion. The seconds weighed taking the situation to the extreme of discomfort. The dense atmosphere suddenly broke: ” Hi, this is Brian ,” she said.

“Now she’s gone, I don’t know why, and till this day,
sometimes I cry, she didn’t even say goodbye,
she didn’t take the time to lie.”