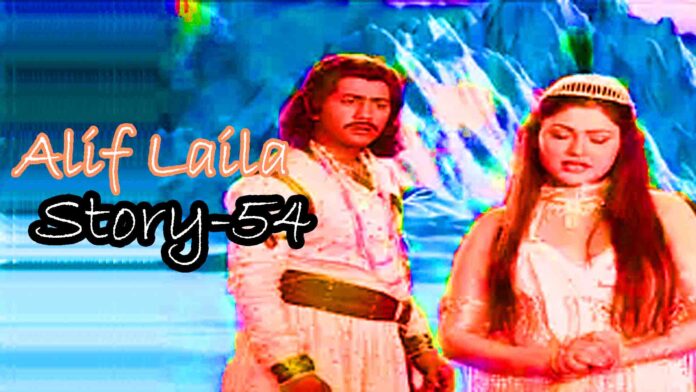 The story of blind Bubak, the third brother of the barber – Alif Laila

The barber said, Sarkar, my third brother was Bubak who was completely blind. He was very unfortunate. He made his living by begging. His rule was that he used to go begging with a stick and would stand silently after knocking on the door of a donor. He would not say anything with his mouth, and whatever the donor gave, he would go ahead with it. Similarly one day he knocked on a door. The house owner, who lived alone in the house, gave voice to who was there. My brother did not say anything according to his rule but again started knocking on the door. The homeowner called again who was it. Without speaking it again started knocking on the door. Now the owner of the house opened the door and asked what do you want.


Bubak said that I am a poor beggar, give some alms in the name of God. The house owner said are you blind, he said yes. Then the homeowner said, raising his hand. It was understood that there would be some alms. When he stretched out his hand, the owner of the house dragged him and took him upstairs. Then he asked Bubak that if you beg, do you give anything? He said, I can only bless, I bless you. The man said that I also bless you that the light of your eyes should return.

Bubak said to him, You would have said this thing earlier. Why did you bring me to life? He said, I called you twice. If you didn’t say anything, I too had to climb up and down to live in vain. Bubak said that okay, let me get out of life. He said that you have to live in front, you yourself get down. Being forced, poor Bubak started groping and groping, but at one point his foot slipped and he was coming down rolling. He suffered major injuries to his head and back which made him shudder. For a long time, the poor man kept on abusing and scolding the house owner, caressing his injuries. Then he proceeded to beg, taking a stick.

After sometime he found two of his fellow blind beggars. He asked what did you get in alms today. Bubak told the whole story of how a resident of the house took him upstairs and went there and made a cruel joke with him and did not even hold him by the hand. He also told how he suffered from slipping while descending Jeena. Then my brother told him that today I have not got anything but I have some money left earlier, you go and buy some food items from them.


The man who took Bubak out of life was actually a swindler. He was secretly following Bubak. When the three blind men came to their place of residence, he too followed them and entered their house. My brother then took out some money from his pocket and told another blind person to bring some food from the market, but first let us clear our accounts, you guys take care and close the door well that no one Don’t see outsiders. The thug wanted to see their business, so he kept hanging high by holding a rope tied in the ceiling to hide.

The blind scoured the whole house with their sticks and then closed the door. The thug was hanging high, so he was saved from the groan of sticks. Now my brother said that you guys took back the money that you had kept with me, considering me honest, now I will not keep them with me. Having said this, he picked up an old tusk of his, inside which forty-two thousand silver coins were stitched. His companions said that let them remain with you, we will neither take them nor count them because we have full faith in you. Bubak groped and guessed the goods of the guddi and then kept the guddi in its place.


Then Bubak took out the money from his pocket and asked him to bring food. A blind man said, you keep the money, there is no need to bring anything from the market. I got a lot of food today from a rich man’s house. I have eaten some but still a lot is left. Having said this, he took out many rotis and cheese and fruits and nuts from his bag. The three blind people started eating. Even the thug could not stop himself and sitting on the right side of my brother started eating this tasty stuff.

The thug had tried his best to hide himself but Bubak was startled on hearing the sound of chewing food from his mouth. He thought in his mind that great calamity had come, there is someone else here who is also having food with us and who has learned the secret of the bum. He grabbed the thug’s hand at once and the thief shouted and started punching him. The other two blind men also started shouting at the thug. The thief also started killing them as far as he could, avoiding the ravages of those blind. He also started shouting that save me, thieves kill me.


Hearing the screams, people broke open the door and entered inside and started asking what was the matter. My brother said that the one I am holding is a thief, he has come to steal the money saved from our begging. Seeing the people, the thug closed his eyes and pretended to be blind and said, brothers, this blind man is telling lies. The truth is that all the four of us blind have collected this money by begging. Now these three dishonest don’t give me my share. They are making me a thief and killing me. Judge me for God’s sake and save me from these.

Seeing the matter complicated, people took everyone to the Kotwal. There the blind thug said, Master, all four of us are guilty. But we will not accept our guilt even after taking an oath. If we kill people one by one, we will confess to the crime. You start with me first, on this my brother wanted to say something, then the Kotwal scolded him and silenced him.

The thug started getting hit. After consuming twenty-thirty whips, he opened both his eyes one by one and shouted and said, Government, hold your hands. I’ll tell you everything.


When the Kotwal stopped the beating, the thug said, “Government, the real thing is that I and my three companions are not blind.” We remain blind and enter people’s houses on the pretext of begging and steal at an opportunity. In this way we have deposited forty two thousand rupees. Today I told these people to give me one-fourth of my share, then these people did not give me money for fear of being exposed and beat me on my insistence. If you don’t believe me, then beat them one by one like me. Then see, these people will accept their crime immediately.

My brother and two other blind people also wanted to speak but they were not allowed to speak.

The Kotwal said that you are all criminals. My brother said a lot that it is a thug and all three of us are really blind. But the Kotwal did not believe him and all three started getting killed.

The thug said to these shouting people, friends, why are you giving your life. Like me, you too open your eyes and accept your guilt. But if they were poor eyes, they would open their eyes, beating and shouting like that. Now the thug said, Government, these people are very strong, even if you beat them to death, they will not accept their crime. They have got more punishment than the crime they have committed. Now all of us should be presented before the Qazi. He will make the right decision.

The thug said in front of the Qazi, We have collected that money by theft. If allowed, I will present that amount in front of you. The Qazi made one of his servants with him. The thug went with him and picked up my brother’s tote. The Qazi gave one-fourth of that amount to the thug, with which he left. He kept the remaining amount with himself and got the other three people beaten up and expelled.

Saying this the barber told the Caliph that when I came to know, I found Bubak secretly brought to my house and proved him innocent in front of the Qazi by taking many witnesses. The Qazi called the thug and punished him by snatching his money, but did not give the amount to these people. The Khalifa laughed hearing this. Then the barber started the story of the fourth brother.